Back to news
PUBLISHED 5 months ago

Dundonald Links ambassador David Carey’s fairytale rise to golfing stardom has continued after shooting an impressive round of 67 to move into contention at the halfway stage of The 150th Open Championship at St Andrews.

The 24-year-old Irishman, known by many as ‘Mr 57’ for putting together the lowest round ever recorded in a world ranking professional event, booked his debut appearance in the game’s oldest Major after winning the Final Open Qualifying event at Fairmont St. Andrews earlier this month.

Not content with simply making up the numbers, Carey, from Castleknock, followed up an opening- round 72 by carding a five-under 67 on St Andrews’ famed Old Course to finish on five-under-par after 36 holes – and leave himself on target for the biggest pay cheque of his career and still dreaming of victory at the most famous venue in golf. 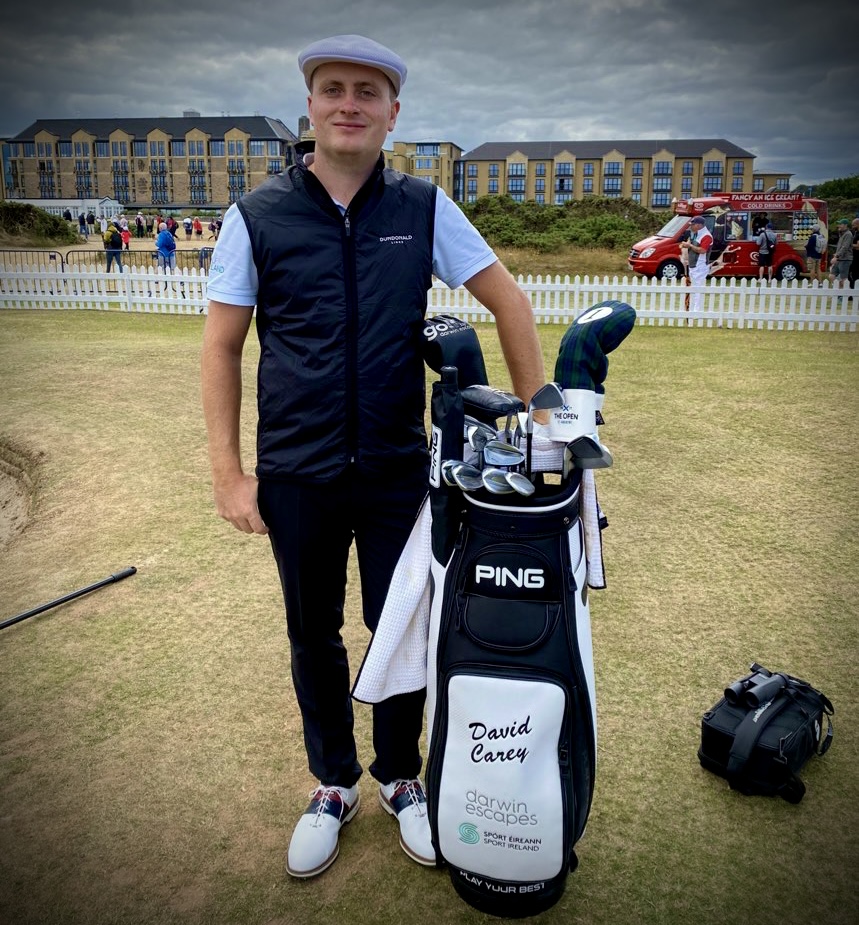 His second round included a blistering run of four birdies in six holes as he moved ahead of some of the game’s biggest names including 2017 Open champion Jordan Spieth, and Carey is unlikely to be overawed over the weekend having spoken before the tournament started of his desire to have his “hands on the Claret Jug on Sunday”.

‘Mr 57’ who scored his famous round on the Alpine Tour in the Cervino Open in 2019, also helped Ireland win the 2013 Boys Home Internationals at Forest Pines before turning professional aged 18.

Ashley Pheasant, Head of Golf for Darwin Escapes, said: “Everyone at Darwin Escapes is delighted for David, who has worked exceptionally hard to put himself in a position to play and contend at The Open Championships at St Andrews.”