Back to news
PUBLISHED 4 months ago

Ayaka Furue won her first LPGA title at the 2022 Trust Golf Women’s Scottish Open with a spectacular course record of 62 at Dundonald Links.

At 22 years old, Furue was making her debut in the Trust Golf Women’s Scottish Open and fought off an experienced chasing pack including Solheim Cup star Celine Boutier, who finished at -18 and former world No 1 Lydia Ko in fifth place at -16. Furue said: “I’m very happy. I was four shots back. I thought it would be difficult to catch the top, good players. But I’m very happy I played good golf and I was able to come out as a winner. I had the right mindset. I thought I had to go low, and I played very well. I hit good shots. All around my game was good, and the birdie putts I wanted to make and had to make, I was able to make.  My best part was I was very straight this week. And I made a lot of putts, short ones, and was able to make a few long ones, also. I putted well today. But all week, I putted very well. I’ve been working on putting two balls at once to square up the face to the ball and that helped me.” 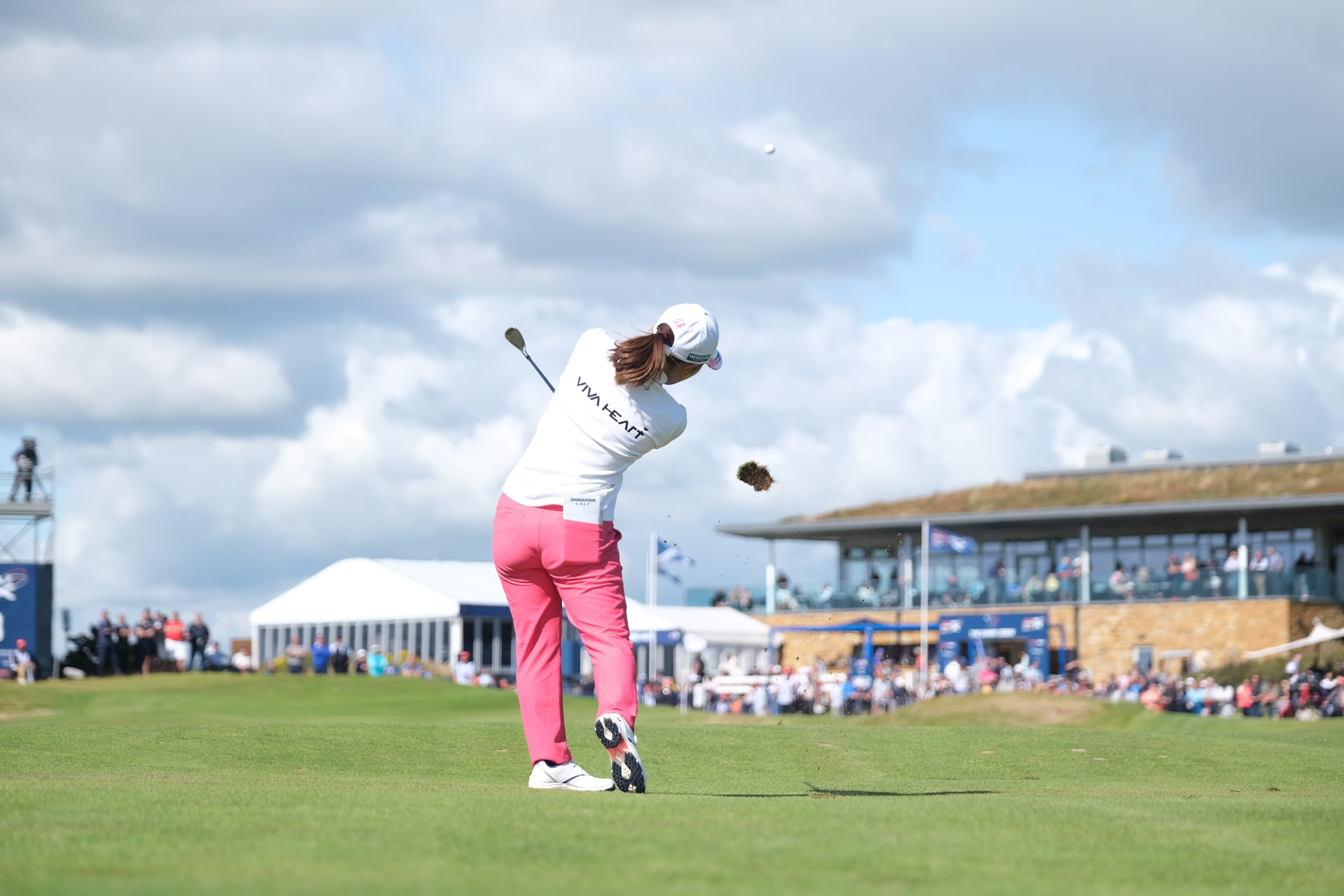 Her secret weapon was a Scottish caddie who helped her navigate the testing Dundonald Links, Michael Scott; “He was very helpful. He gave myself a lot of good advices. He was very helpful with after it landed, how much it would roll. He calculated that very well and helped me out with wind direction and how the wind affects play. Right after I won and I was notified that I was the winner, I was very grateful that Mike got to experience it in his home (country). I’m very grateful.”

France’s Celine Boutier, who started off the day in tied first place, added a final round 69 to finish the tournament as solo runner up. The 28 year old remained upbeat and unflappable as ever, explaining: “Obviously a bit disappointed at the moment but I feel like my game has been very solid all week and I put myself in position. Playing the final round, final group, is not always easy to manage. I feel like hopefully I’m going to gain some experience from this and next time I’ll be lifting the trophy.” 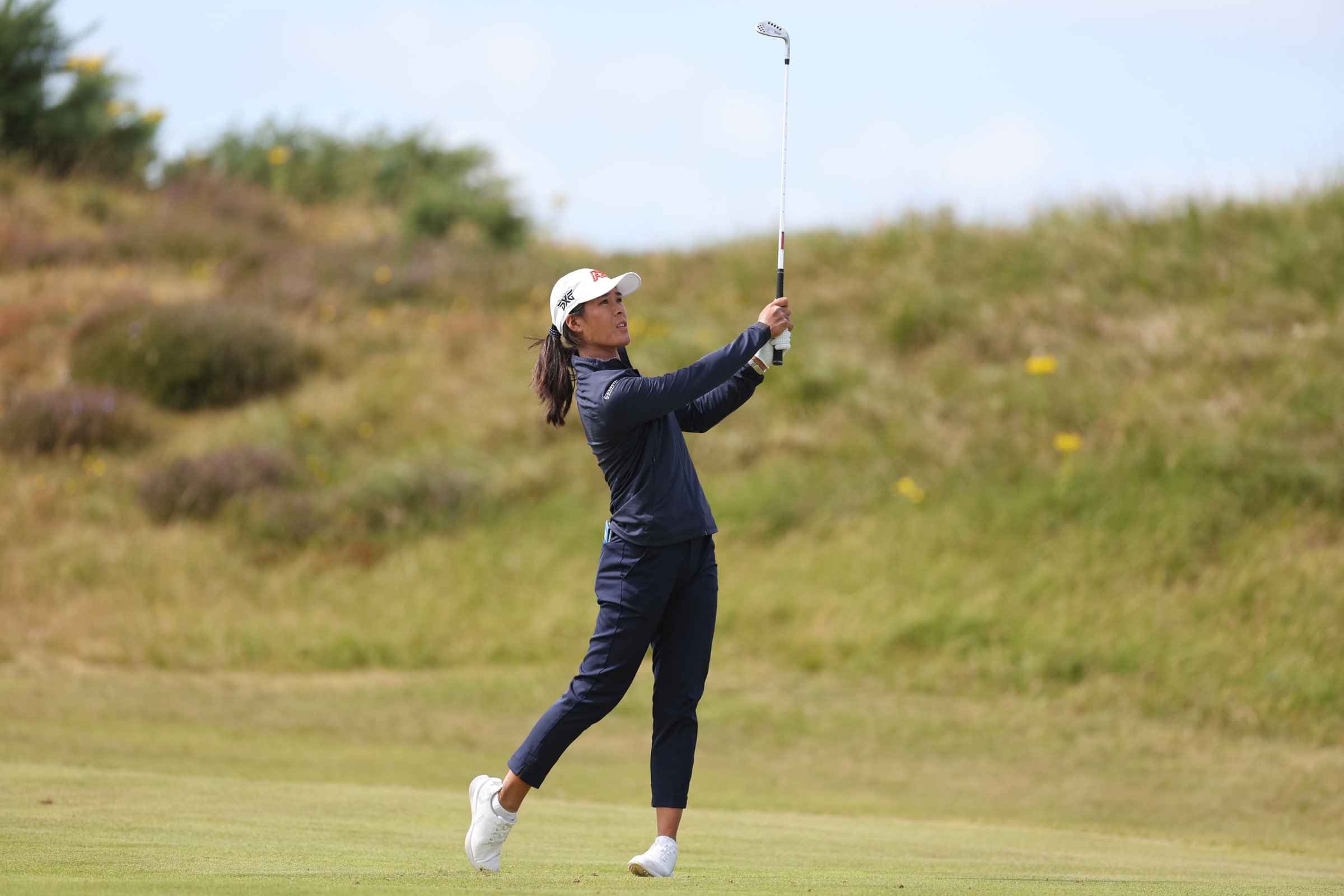 Cheyenne Knight, who holds one title on the LPGA tour added a consecutive round of 67 to finish the tournament in tied 3rd place alongside Korea’s Hyo Joo Kim. When asked how she enjoyed the links this week, Knight explained: “I’ve always loved playing it. I came here for the first time when I was like 12 years old on a golf trip with my dad, and you just have to embrace it. You get the wind, you get some funky lies, and I just like being creative out here is fun and I embrace the challenge.”

World No.4 Lydia Ko, who led the tournament after the second and third rounds, finished in tied fifth place: “I feel like I wasn’t able to get things going over this weekend. Never really got off to like a good momentum. Overall I played really solid. Even the last couple days, hit a couple not-so-good shots, but other than that, I feel like there were a lot of good things, and like I said, sometimes when you get in a good rhythm of things, you’re able to keep it going. But I just was never on that train on this weekend but hopefully this is a good momentum for next week.”

The winner of the Jock MacVicar award presented to the leading Scot was Gemma Dryburgh, Scotland’s highest ranked player who finished T34 after a solid week. Chairman of the AGW, Martin Dempster was on hand to present the award as Gemma said: “It is really special to be the top Scot and first time I’ve done that, so it’s a special week. Jock is part of the reason we’ve got such a big event now with all the coverage he gave us so thanks very much thanks to him of course, special.

The Trust Golf Women’s Scottish Open will return to Dundonald Links again next year for the 20th edition.